GitHub Universe is the company's annual conference, where developers join a community connected by code. Attendees meet to turn ideas into innovations, hear from industry experts and influencers on stage, in workshops, and over coffee across two days of talks and events.
Challenge
For the conference's opening video, the producers needed a photorealistic outdoor establishing shot in 3D, to set up a scene featuring a robot arm attached to a Mars rover. The robot's arms, the front of the Martian habitat, and the environment needed to seamlessly match the live action shot that would follow it. In order to give postproduction leeway for edits, the shot would need to be 7 seconds long.
Role
• 3D Motion Designer
• Modeler
* Animator
• Compositor
Building the Red Planet
We all think we know what the surface of Mars looks like. What we think of is actually mostly movie sets, or locations in the desert. So when I researched imagery for the atmosphere of Mars, I looked at both kinds of images: real NASA photos from the Mars rovers, and footage from Hollywood films like The Martian.
The terrain is composed of custom rock models, as well as photogrammetry of rocky ground. The wheel tracks left in the rover's wake were composited in After Effects. 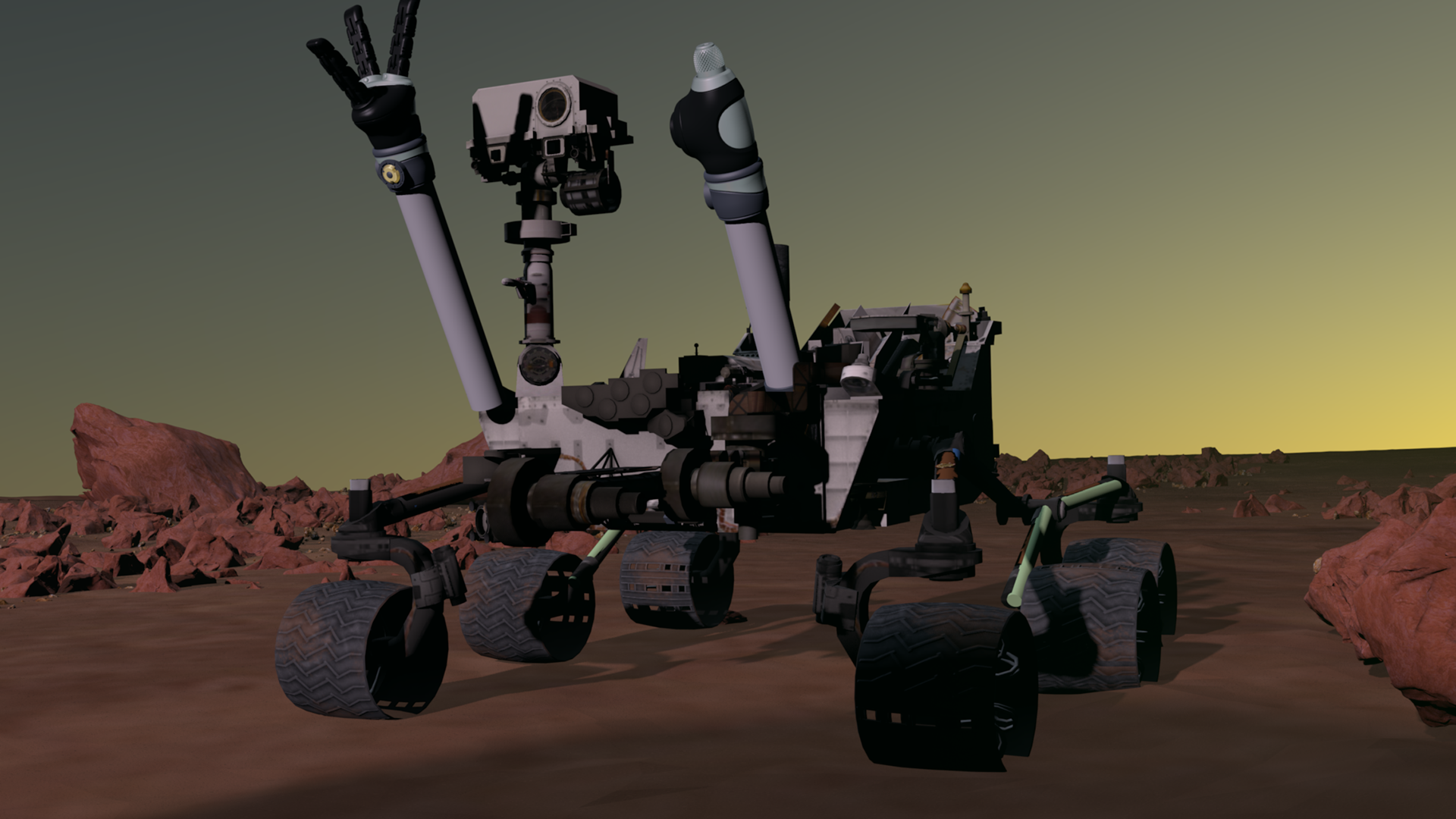 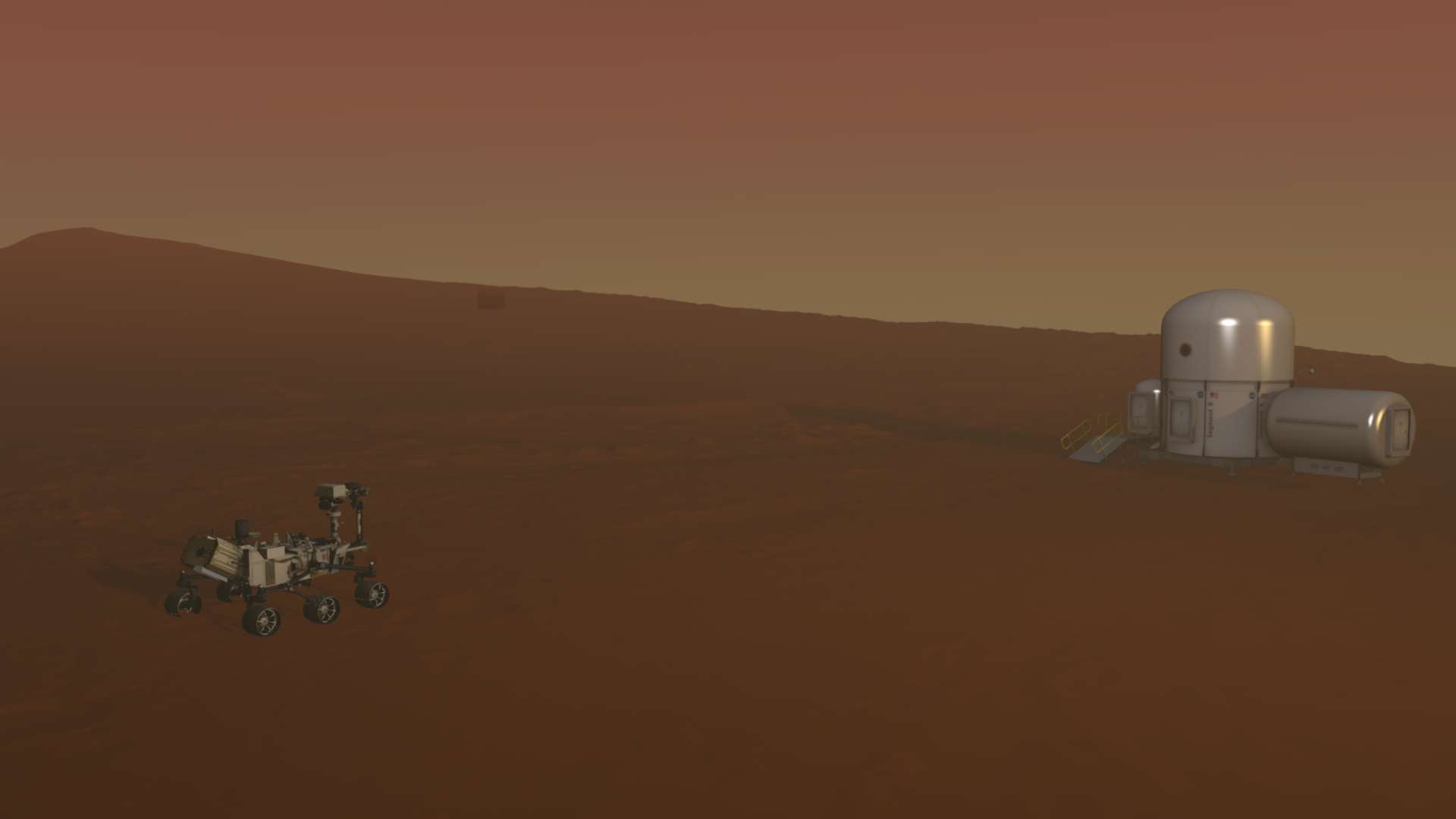 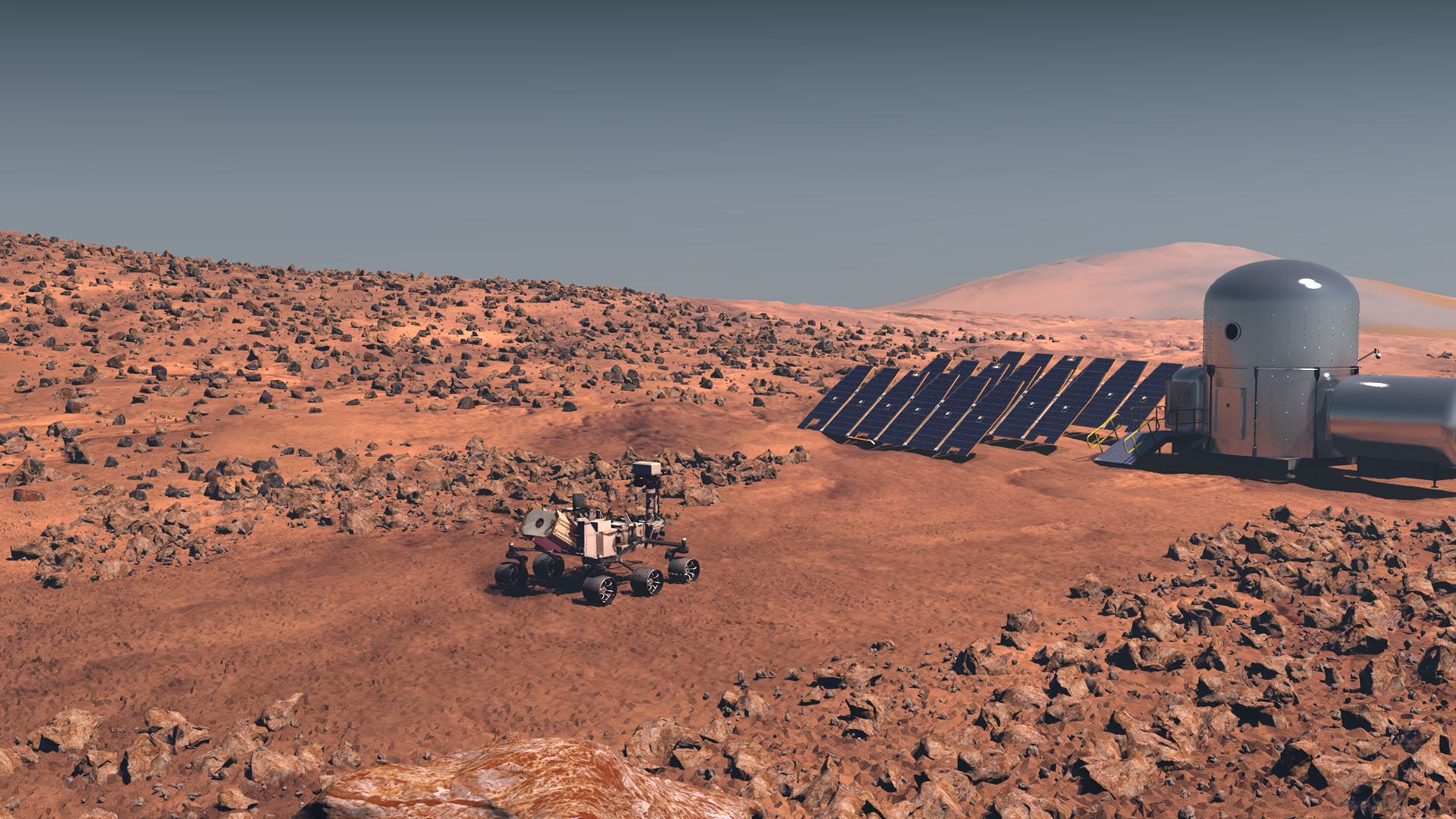 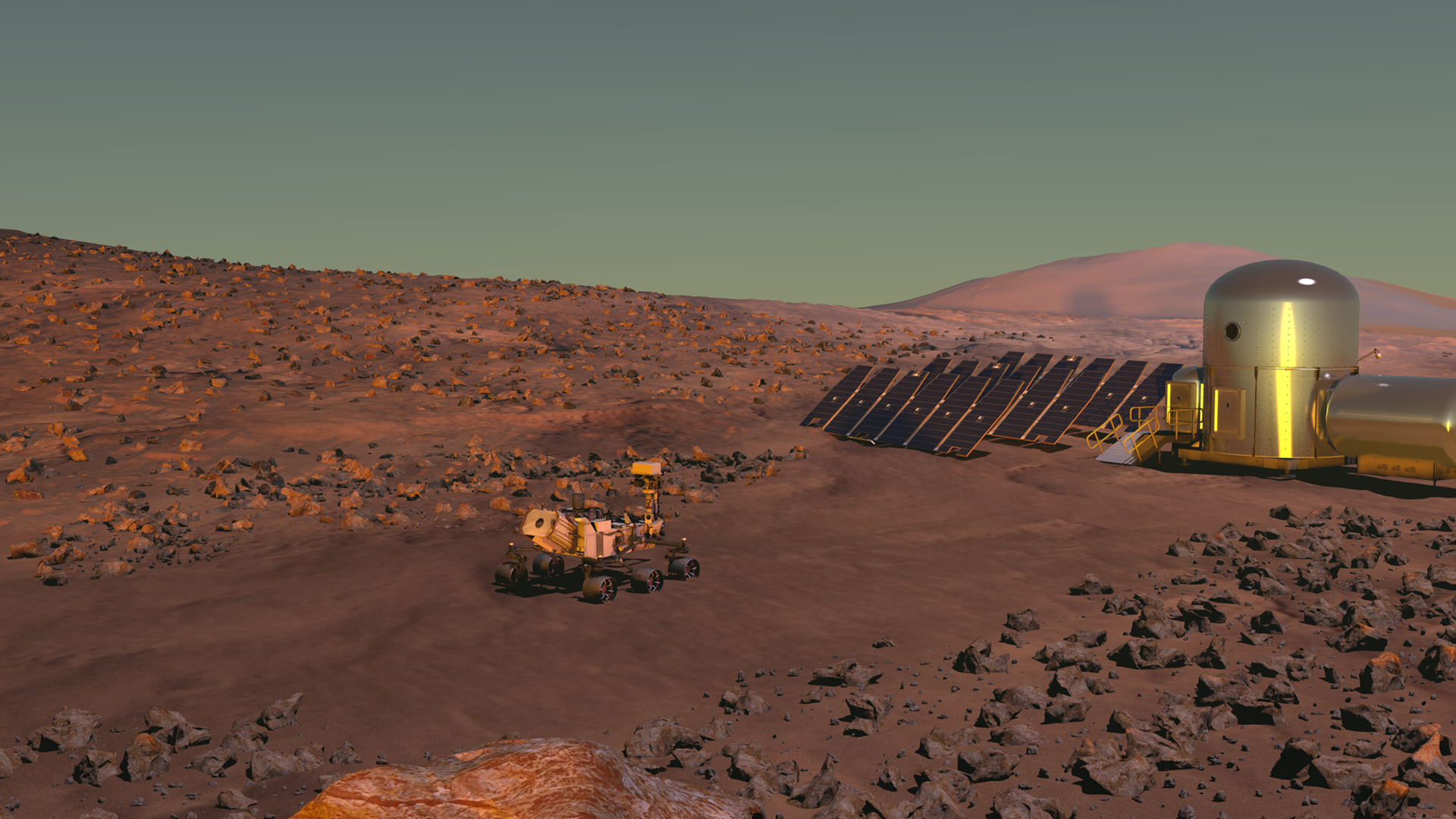 Rolling like a Robot
I built the model of the Mars rover in Cinema 4D. Using a basic model from NASA as reference, I updated the textures, added robotic arms, and rigged it to automatically roll its wheels as it moved forward in the shot.
Results
GitHub Universe's trailer video, Building the Future, kicked of the conference with an epic story of an inventor's impact on the world. My animation took that impact into space, onto the surface of Mars. The video  won Platinum recognition in the corporate identity category of the 2019 Muse Creative Awards competition.
↑Back to Top